In Memory of Paul W. Lindgren 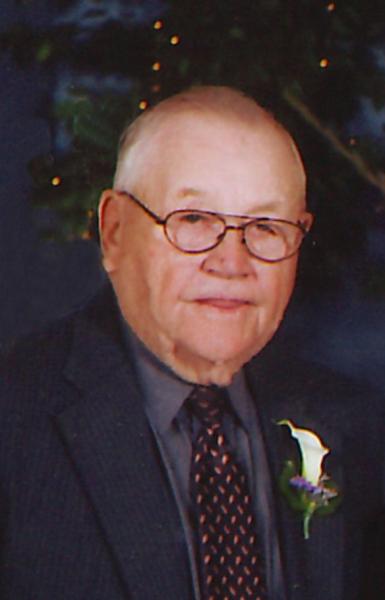 Paul W. Lindgren, age 95, of Odebolt, Iowa (formerly of Arthur, Iowa) went to be with his Lord and Savior on Sunday, May 23, 2021, at the Odebolt Specialty Care of Odebolt, Iowa.

A Private Family Graveside Service will be held Wednesday, May 26, 2021, at the Hayes Township Cemetery of Arthur, Iowa. Pastor Al Tunberg will officiate. A joint Celebration of Life service with his beloved wife, MaryAnn, will be held at a later date.

The Christensen-Van Houten Funeral Home of Odebolt, Iowa, is in charge of the funeral arrangements. Condolences may be sent online at www.christensenvanhouten.com.

Paul W. Lindgren was born June 4, 1925, in Sac County, Iowa, to Algot and Ellen (Anderson) Lindgren. His family moved to rural Arthur, Iowa, in 1928 where he attended Blaine #8 for 8 years. He graduated from Arthur High School with the class of 1942. Paul accepted Christ as his personal Savior at the age of 11 while attending VBS. He served in the U.S. Armed Services in the field artillery at Fort Bragg, North Carolina. Paul started farming in 1948 in Ida County. He was a member of the Arthur Evangelical Free Church where he served in various capacities.

On September 30, 1949, Paul was united in marriage to MaryAnn Lindberg. They had three children: Nancy, Brent and Reed. The couple continued farming on the Lindgren home place until retirement. Paul and MaryAnn were blessed to celebrate 70 years of marriage together. Paul enjoyed moving bins and buildings and often commented that he would rather do that than fish or golf.

- Anette Lindgren
Sunday, June 6, 2021 at 1:33 PM
“Sorry to hear of your loss. We had visited with your parents when Mrs Marie George of Nebr. Held Lindgren reunions. She's passed and no reunions have been held since. Sue”
- Chuck and Sue Lindgren
Sunday, June 6, 2021 at 1:33 PM
“You have our sympathy. Our Dads were so much alike.”
- Don and Peggy Wunschel
Monday, May 24, 2021 at 9:15 PM
“Paul was a member of the Arthur evangelical free church in Arthur when I was growing up he and MaryAnn loved everyone especially his Lord and Savior we. Will miss you when Matt was visiting my mom he liked to go see Them at the nursing home he.loved it when Matt wore a suit to church.
Bill and Peg Bahr and Family ”
- Peg Bahr
Click Here If You Would Like To Leave Your Condolences