In Memory of Maxine M. Bauer 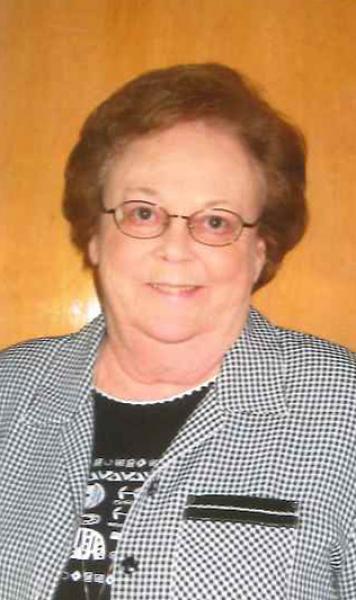 Maxine M. Bauer was born on January 04, 1937 in Pontiac, Michigan to John and Cleora (Gries) Maun.  When Maxine was seven years old she moved to Auburn, Iowa to live with her aunt Margret and uncle Ralph. Maxine attended Auburn Community School and graduated in 1955. After school Maxine went on to further her education in nursing by attending and graduating from St. Anthony Nursing School in Carroll, Iowa.

Maxine met Richard Bauer and the couple were united into marriage on May 24, 1958 in St. Mary’s Catholic Church of Auburn, Iowa. Maxine and Richard were blessed with three children; Rick, Kay and Kim.

The family moved to Ida Grove, Iowa in 1968, where Maxine went to work at the Medical Arts Building under Dr. Toben, where she worked for over thirty years before retiring.

Maxine was a caring nurse who taught many women in the area Lamaze classes. Making great friendships and connections Maxine attended a lot of births of the women she taught.

Maxine enjoyed attending church at Sacred Heart Catholic Church of Ida Grove, Iowa, as well as going to coffee with her friends.


Saturday, September 20, 2014 at 10:09 AM
“Maxine and I go back over 60 years. She was raised by my Uncle Ralph and Aunt Margaret Rauch. She was a teenager and I was a little four-year old. We played together and she looked after me. We would both sit on my parents' piano bench as she played her songs for me. I remember asking her to play the "Rustic Dance" and "The Poor People Of Paris" over and over. She always liked playing for me, and hearing those songs today warms my heart as if time has stood still. We had lost contact with each other, but those days are still in my heart. May God rest her soul. She was such a good woman. ”
- Jim Bohnenkamp
Saturday, September 20, 2014 at 10:09 AM
“My deepest sympathy to Maxine's family. She was a very special lady to me. Both when I was pregnant and her being there for me to me getting the share time with her every week doing her hair. She was lvery special to me and will live in my heart. I know that she is having a great celebration of freedom of pain and suffering with your dad and Eric and her family with her in heaven. May God ease your pain and comfort your heart!!!”
- Jodie Hudson
Thursday, September 11, 2014 at 12:04 PM
“I am so sorry to hear of your loss! Maxine was a special lady and I always enjoyed seeing her! She touched so many lives in this area. Prayers to all the family and friends! May she rest in peace and rejoice in reuniting with her husband and grandson whom she missed so dearly!”
- Tonya Dupre
Tuesday, September 9, 2014 at 6:48 PM
“Rick, Kay and Kim You all have my sympathy in your loss. I remember the fun Ed and I had with your mom and dad at the Midwest Christmas parties. I have many memories of both of them. May the lord look upon all of you. She and your dad are together again.”
- Marilyn Skaren
Tuesday, September 9, 2014 at 6:48 PM
“So very sorry to hear about Maxine. She has been a good friend and we have shared so many good talks and visits. She has fought a hard long battle and is now won the war... May she RIP since she is now with her beloved husband and ever so special grandson... My sincere condolences to all of you.... ”
- Mareta Vermeys
Click Here If You Would Like To Leave Your Condolences